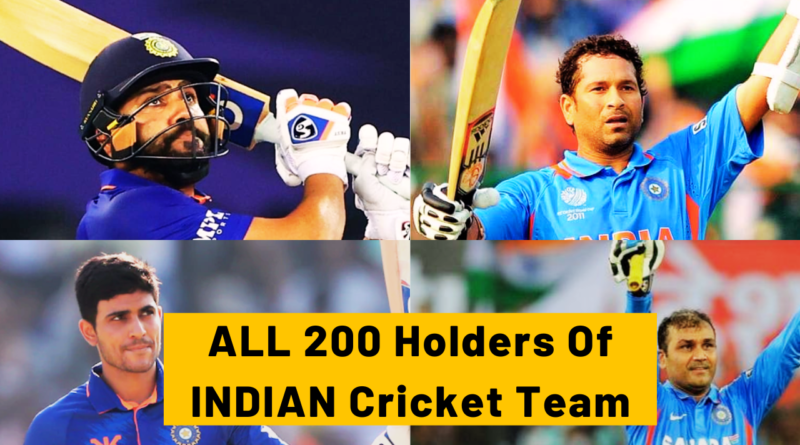 Scoring a century in an ODI match, especially for India is a dream for every Indian batsman but hitting double centuries in ODI is always something special and rare. India is a country with a pool of talented players and India is also leading the chart in world cricket for scoring the most 200 runs in ODI cricket.

Team India has registered 6 double-centuries out of the 9 at an individual level. In total 7 players have scored double centuries in an ODI match out of which 4 are from India.

Here is the list of all the players who registered double centuries in ODI match for India:

1. Sachin Tendulkar’s 200* runs from 147 deliveries came against South Africa in 2010 at Gwalior. With this double ton, Sachin became the first player in World Cricket to score a double century in an ODI match.

2. Virender Sehwag’s 219 runs from 149 balls came against West Indies in 2011 at Indore. Sehwag also became the second batsman in the World to register a double ton in ODI, which is also the third-highest individual score in ODI cricket as well.

3. Rohit Sharma’s 209 runs from 158 balls came against Australia in 2013 at Bengaluru. With this, Rohit Sharma became the third batsman in world cricket after Sachin and Sehwag registered a 200 in an ODI match.

4. Rohit Sharma’s 264 runs from 173 deliveries including 33 fours and 9 sixes came against Sri Lanka in 2014 at Eden Gardens. With this 200, he became the only batsman in the world to hit multiple 200s in ODI cricket. He also registered the highest individual score and achieved the feat to hit the most number of boundaries which is 42 by an individual in ODI cricket.

5. Rohit Sharma’s 208* runs from 158 balls came against Sri Lanka in 2017 at Mohali. This was his 3rd double ton in ODI cricket, he also made sure that his record would be difficult to break for the most number of double hundreds in ODI cricket.

6. Ishan Kishan’s 210 runs from just 131 deliveries came against Bangladesh in 2022 at Chattogram. Became the 4th Indian and the 7th batsman in world cricket to hit a 200 in ODI cricket. Also, the fastest batsman in the world to reach the 200 mark. 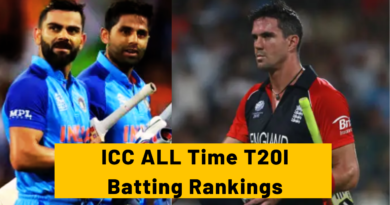 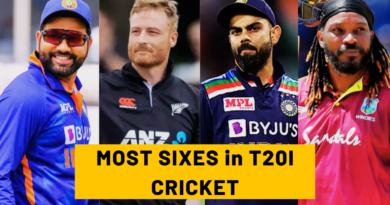 Most Sixes in T20I Career 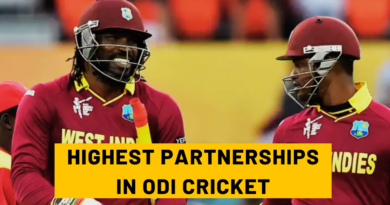