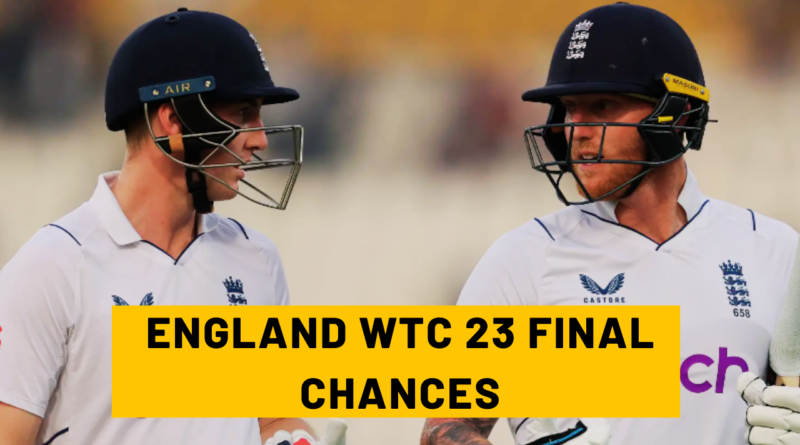 England has completed all their series and matches of the ongoing World Test Championship 2023 (WTC 2023) cycle. England played a total of 6 series including 22 matches which consisted of 3 Home and 3 Away series. They won 10 matches, lost 8 matches and 4 were drawn. Out of the 6 series, they won 3 series, lost 2, and 1 was drawn against India.

After an away series win over Pakistan, they are now currently placed at the 5th of the WTC 2023 points table with 46.97 PCT% (Percentage). Their fate to play the WTC 2023 final depends on other team results. They desperately need some miracle to happen. Australia is the only team that is almost confirmed to play in the finals but anything can happen in the standings until the WTC cycle is completed.

Scenarios for England to Qualify for the WTC 2023 Final:

England who could not make it into the 1st edition of the WTC 2021 final, also did not have a great run in the next WTC 2023 edition. If the mentioned scenarios go in their way they can make it into the finals this time, but if any single thing does not go their way they will disqualify on the spot from World Test Championship final race. Let’s look at England’s WTC 2023 final chances:

1. Australia should win all their remaining matches which are 2 against South Africa and 4 against India.

2. India should lose at least 4 matches, India will play 5 more matches 1 against Bangladesh and 4 against Australia. If India wins any two games or wins one with a drawn match England will be eliminated.

3. South Africa should lose at least 3 of their matches out of the four (2 against Australia and 2 against West Indies). If South Africa wins any two games or wins one with a drawn match England will be disqualified.

4. Sri Lanka should lose all their remaining two matches against New Zealand. If any one match of Sri Lanka ended with a drawn result, England will be eliminated.

5. West Indies should win one and either lose one or draw one in the 2 matches against South Africa. If West Indies loses both or wins both England will be disqualified.

6. Pakistan should lose at least 1 game out of their remaining 2 against New Zealand. If Pakistan wins both games England will be eliminated. 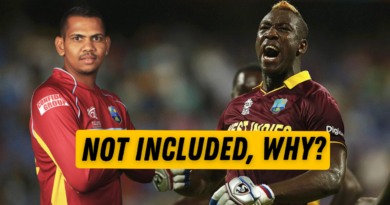 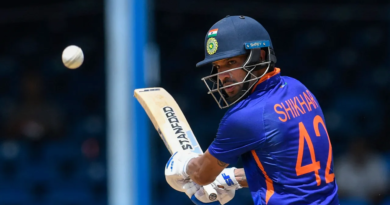 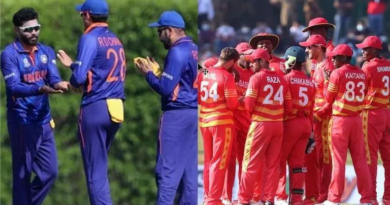